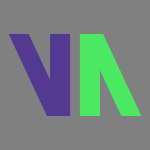 Versatile Anomaly Podcast
101 VAP: If It Bleeds We Can Kill It

This week: The show is in high spirits as one of it’s founding members returns as a guest. We talk about E3 nonsense, we eat some stuff to wash down a terrible drink, discuss how to outrun a snail, and just generally get off topic. This episode brought to you by a non-existent soundboard and is delayed because of a super busy editor.

Get in on the conversation by joining our Discord server

Episode Produced by: The VAP Boys, and Joe