As a young boy, nothing made me happier than watching 2 grown men, walking slowly through model sized cities in rubber suits fighting each other. Of course, no kaiju is more famous than the King of the Monsters himself, Godzilla! And this month on Hulu of all places, Godzilla movies are being thrown out there for the world to feast upon. If you have never seen a Godzilla flick, now’s your chance! I’m going to put the whole list up, but I’ll highlight the best-of-the-best and most noob friendly movies on the list as well. 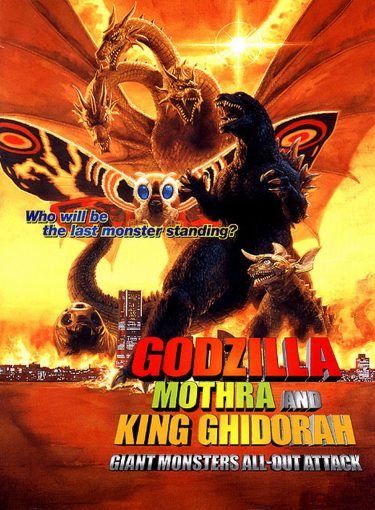 Now, this little gem is a bit different than most other Big G movies in that the normal roles have been reversed from Godzilla being the protector of humanity to the destroyer. Basically, Godzilla is a force of nature, and the Guardians of the Earth, (King Ghidorah, Baragon and Mothra) have to team up to stop the King from destroying Japan. Is it cheesy? Yes. Is it action packed? Yes. Does Godzilla kick some ass? Oooooh yes! An overall fun and campy movie with a moral at the end (like many other Goji films) about the dangers of nuclear radiation and yada yada. This one is very stand-alone (despite being a direct sequel to the original film) and doesn’t require seeing any other Godzilla film.

The next film on my must-see list is: Godzilla vs. Destroyah (2000) 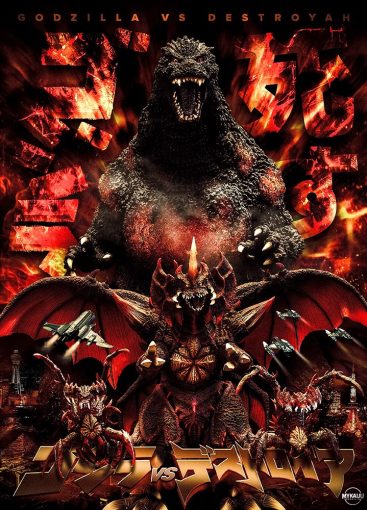 Ok, this one is one of my all-time favorites. It’s basically Godzilla v Satan. Like, for real. Just look at that beast on the poster! Ok, so the original Godzilla (From 1954) was killed by a scientist wielding the “Oxygen Destroyer” bomb he created to kill Godzilla. From that came the Destroyah microbes. These things get a taste of human blood after fusing into larger creatures, and things get wacky when all the Destroyah creatures merge into one giant Satan thing. Godzilla (the current version) starts to melt down which threatens to destroy the Earth. Luckily for us, baby Godzilla, (yes BABY GODZILLA), tanks the meltdown after getting whooped on by Destroyah, becoming a bigger, more powerful and angrier Godzilla. This Godzilla has no trouble putting the hurt on Destroyah and putting an end to the threat once and for all. Good times.

Last, but not least, is the big daddy of Godzilla movies: Godzilla: Final Wars (2005) 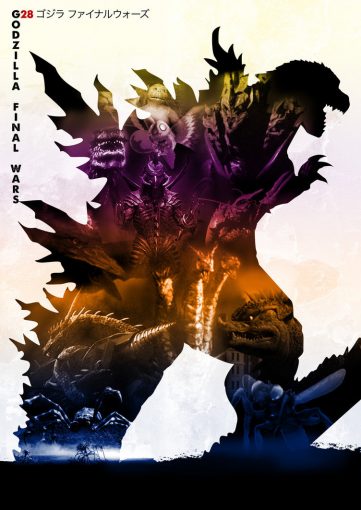 So, what can be said about a movie called “FINAL WARS”? A lot actually. This was Toho’s fan service film for Godzilla’s 50th Anniversary before they locked Godzilla up for the next generation. Yes, this actually happens. This film had a subplot about aliens, called the Xiliens, who want to use the humans for food, and they bring along a few kaiju (Gigan and Keizer Ghidorah) to help. The human protagonists in this film are all great, but the best of all is the American bad-ass, Captain Gordon. He’s just awful. Hilariously awful. With the help of the humans, (and mutants, don’t ask), Godzilla goes on a rampage, wiping out monster after monster before confronting Keizer Ghidorah. Toho really pulls all the stops with this movie. Almost all of the classic monsters are brought back for Godzilla to fight. There are a few that should have been added, but for whatever reason were left out. They did, however bring in Zilla (Godzilla 1998) just so Goji could wipe it out in one hit! Take that, Dean Devlin and Roland Emmerich! Overall, this is the best-of-the-best on the list. If you are just going to watch one, make it this.